Near co-founder: Where real-world data to drive marketing is headed - Elitico Marketing Skip to content 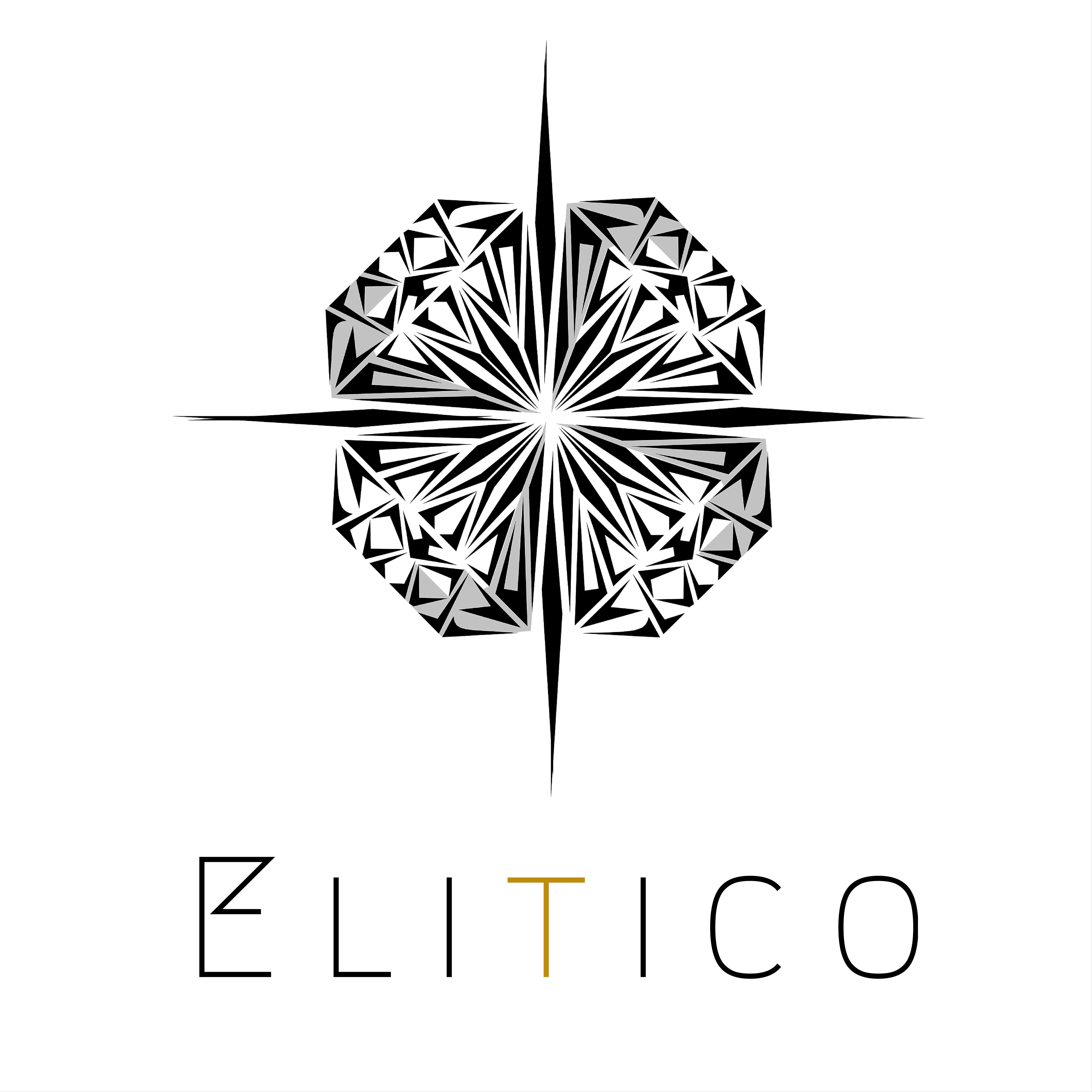 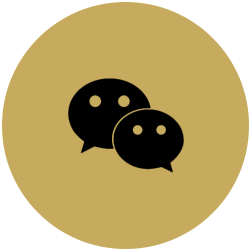 Near co-founder: Where real-world data to drive marketing is headed

Brands are increasingly turning to real-world location data to not only build and target audiences, but also weigh up their relevance, formulate new partnerships, and close the loop on business decision making, Near’s co-founder says.

Catching up with CMO last week during a visit to Sydney, Shobhit Shukla, a co-founder in the real-world intelligence platform provider, shared insights on maturity of harnessing location insights locally and globally, as well as where Near is placing its bets for investments to fuel growth.

Near, a seven-year old business, recently secured US$100 million (AUD$143 million) in funding for its artificial intelligence (AI)-powered data platform. The company boasts of the largest data set of people’s behaviour in the real world, capturing signals from 1.6 billion users globally. Its ambition is to make this unstructured data set an actionable asset for companies to use to better understand and quantify consumer behaviour.

“If we’re able to do that, we can use this data to solve a lot of marketing problems – better ad targeting, enable enterprises to engage with customers in the buying funnel,” Shukla said. “But it goes further than that.

“A lot of traditional industries are going through technological disruption, and there’s hardly an industry that hasn’t been impacted. Our premise is we can leverage this data to help some of these incumbents fight disruption or enable them in their journey of digital transformation. The key to that is getting a better understanding of your customers and how they engage with all touchpoints.”

As a starting point, however, Near’s emphasis has been on the marketing and advertising space, giving tools to CMOs, media companies and agencies to understand and build audience segments using real-world data, then target them at a particular moment. Customers today include NewsCorp, MCN (now Foxtel Media), Mastercard, WeWork, BCG, Nike, Virgin Active and Telstra.

“This [data intelligence] allows you as an advertiser to show consumers relevant messaging based on behaviour at the right time, then also measure efficacy by seeing how many walk into the store,” Shukla explained. “We partnered initially with publishers/media and telcos and gained a lot of traction.

“So if you were a fast-food chain, or retailer, you’d type in the query, build a segment then show consumers an ad. That’s the crux of what we do today.”

An evolution of decision making

The quality of integrations and how organisations use real-world data is now evolving, Shukla said, to pre- and post-engagement.

“Even before you decide to target a certain kind of audience, how do you know it’s the right audience? That’s where data and insight comes in,” he said. “Clients are not only using this to show ads to the right people at the right time, they’re using it to make business decisions.”

For example, the fact a consumer visited a car dealership and went for a test drive is useful information not just in that moment, Shukla pointed out.

“It suggests you might go for another few test drives before you make up your mind. But you’re going to do it pretty quickly – in days, not six months’ time. It’s in that moment you want to talk to the customer. Except it’s not literally a ‘moment’; you have a few days to engage,” he said.

Another example Shukla highlighted is identifying behaviour and lifestyle choices in towns, such as people who are physically active.

“People frequently going on jogging tracks on a regular basis, even if the sun isn’t out, are people you’re probably going to want to promote your high-performance running shoes to,” he continued. Near is also seeing media companies using its data to build an additive for clients. For instance, this could be to advise a car manufacturer to consider buying an ad or sponsorship platforms because they can see people spending time on their platforms are three times more likely to buy certain car models than the average Australian.

Furthermore, real-world data helps close the loop once a brand has completed activities to see how it impacted results, Shukla said.

“Did it lead to certain changes? If people were exposed to an ad, were they more likely to visit a store? Or did it dissuade them from walking into your store and going into a competitor’s?” he asked.

In addition, being able to study and analyse behaviour of current customers, how many are going into stores, and what other non-competing categories they’re going to could help an organisation determine which non-category partners to approach.

“We are starting to see customers using our data to build a point of view, validate or gain a different point of view on their hypotheses,” Shukla said.

Increasingly, this is seeing media and telcos take this solution to end enterprise customers. News Corp’s NewsConnect audience activation platform is one such example. Shukla also cited more take-up outside of retail including automotive and hospitality categories.

“We’re also seeing more interest from cities to deal with things such as traffic congestion,” he said.

Shukla attributed growing maturity to a combination of factors, the first being recognition customers don’t act linearly. Touchpoints have fragmented and consumer behaviour has changed as a result.

“It’s also realisation we’re operating in a world where data and technology is going to make or break your business over a period of time. If there’s one player in an industry started using such data sets, that player is going to have a significant advantage in being able to drive growth and gain marketshare over others. So you have to do it, too,” Shukla said.

“Organisations are now aware they have to act, they can’t just let it pass them by. It’s led to an existential threat: They don’t just lose marketshare, they lose their existence if they don’t invest in data.”

Yet stumbling blocks persist. The first for Shukla is privacy and regulatory environments. With GDPR in Europe and California’s Consumer Privacy Act in the US leading the way, Shukla expected to see Australia’s privacy protection to also evolve over the next 12-18 months.

In anticipation of this, Shukla said Near had built its platform “with the ideology of privacy by design”, and suggested it was one of the reasons the company continues to gain marketshare and investment.

“Conceptually, we always try to ensure we give transparency and rights to consumers on how data is going to be used. We also give flexibility to remove that consent at a later date. It’s not a one-directional relationship,” he stressed. “We have the ability to reflect that in our pipeline and purge the relevant data.

“But being able to talk about privacy in a manner that’s easily understandable not just for consumers, but also our enterprise customers, and giving them comfort privacy is the new reality and we need to be prepared for it, has been key for us. It’s not just our data but their own first-party data being collected.”

The second challenge is real-world data is high velocity, something Near’s $143m in investment will be going towards supporting.

“The volume of data we get daily is very high and it’s not something you can download into an Excel spreadsheet. You need specialist tools to access it and data science skills in your organisation to utilise it,” Shukla said. “There are a bunch of tools and software we’re providing to an organisation to use the data. But a lot of customers and partners want to do it themselves.”

With data science one of the most sought-after skills globally, Shukla agreed there is nowhere near enough supply of talent to support the demand, even in the US.

“There is a journey from wanting to being able to use this data, so that’s another area we’re investing time and effort into. That’s skill as well as an organisation being prepared to invest in building that capability in-house,” he said.

A second way Near is planning to use investment funding is to acquire third-party data sources to augment its own, such as real estate prices and transaction data on how people spend in-store versus online. “That gives us much deeper understanding of consumer behaviour,” Shukla said.

Thirdly, Near is looking to further customise products and solutions for certain vertical categories regionally and globally. Again, this represents a step away from its marketing automation roots.

“When we started, our flagship product, Allspark, is really for the CMO function to use data for ad targeting and marketing. It’s a horizontal product for any B2C product,” Shukla said.  “We’re launching new products like Carbon, our data enrichment product, taking a vertical-specific approach to utilising these real-world data sets. Our latest investment will go into machine learning to help us further customise for category.”